I would like to pass along an open invitation I recieved. I urge all of you to pass this along with any medium you have available to you as well:

This is an invitation to a Very Special Meeting being held on Friday April 1, 2011 @ 6:30pm @ 118 Ave 92 Street - Alberta Avenue Community League - to plan a Bike Skills Training Facility that will be showcased at Bikeology this June. This is not an April fools joke...fun, but not funny! The bike skills training will involve people from many communities sharing in a project that will bring people to 118 Avenue and promote the area’s revitalization and encourage community. I will be sharing my ideas with the group, and encouraging you all to seek as many people on all levels to get involved in this truly outstanding opportunity!

THIS IS HUGE!!! I can’t say enough about how much I NEED YOUR SUPPORT!!! each and everyone of you play an integral role in this Community, you’re respected members of our City, and can give in ways you may not even see yet? Sponsors, sponsors, sponsors!!!??? if you have ANYONE that’s willing to get advertisement space, we will be asking for word-of-mouth on connecting us with some Choice Vendors/Shops that can be involved in something that will benefit our City, and in turn us!

This is a Dream of mine......the benefit, a Safe Place to Learn, Play, and Grow as Human Beings!

Lowering crime, particularly Bike Crime, well this will continue to do so...as has The Spoke!
I Will be serving FREE PIZZA/DRINKS, so please bring people out, this is a family event, feel free to bring Kids!

Thank you all for your time,

I have been a part of many conversations amongst local trail riders suggesting we need something like this so here is our opportunity to show support for this project.  I hope to see some familiar faces this Friday...
Posted by gord962 No comments:

My Single Speed is Finally Done! 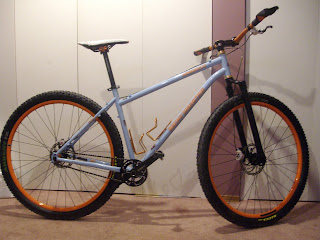 This post has been a long time coming.  As I had alluded to in a post last December, I have been gathering parts to build a single speed.  This process starting in October but there were some delays on parts orders and general flip flopping on what parts I actually wanted.  The build was finally completed at the end of February and other than a few exceptions, I couldn't be happier with the final result.

Initially I was only intending to use this as a fun bike.  I was only going to take it out on the odd group ride, when I ride with the family or with the dogs. Ass the process wore on, I started to get the itch to try my luck in a couple races.  Now, some of the build components don't scream out 'racer,' specifically the steel frame and the wheels.  That being said, I am close to the same weight my 'race' bike is.  It took losing front suspension, shifters, derailluers, cables, a couple rings and a cassette to make up for the difference, but here we are at about 24.5 lbs on both bikes.  There is no doubt in my mind which bike is faster, gearing aside.  With over a pound difference in wheel weight, getting the SS up to speed will take considerably more effort.  If I were to try my luck at the Canadian Single Speed Championships, I just might be forced to pull my fork off my Vertex SE and put it on my SS.  I just can't see hammering out multiple laps on a rigid on a course that has as many roots as the Edmonton Canada Cup course.  That would also get me a lighter front wheel as the fork is a 15mm through axle.

As I mentioned, I am quite pleased with the final result, but I did miss the boat on a few items when looking back.  Obviously, had I been building a racer there is a lot of changes that would be required.  The one piece that I would made a different decision on (had I just been a little bit more knowledgeable at the time) is the bar.  Choosing aluminum over carbon was a poor decision.  The original decision had more to do with me thinking the benefit of carbon was reduced weight and cutting some grams on this build wasn't a concern so why bother?  Well, I have since found out that most guys who ride rigid use carbon bars as carbon does a much better job of reducing vibration.  Doh!  Live and learn, I guess.

The other area where I made a poor decision due to the fact I knew next to nothing about riding rigid, I didn't realize that there would be a big difference from one fork to the next.  In my case, I bought the cheapest aluminum fork I could find.  I don't think I could have been any more incorrect as it is the same old story - you get what you pay for.  Carbon forks are much more compliant and do provide some level of vibration dampening that aluminum forks simply won't do.  I wasn't (and I am still not) convinced I want to ride rigid but I definitely want to try it out and because of that uncertainty, I couldn't bring myself to buy what I really wanted - a Niner carbon fork.  Bling bling and ching ching!!!  These are arguably the best rigid forks on the market and cost about as much as a entry to mid level air fork.  This may be a treat for next year if I am convincingly sold on this rigid idea.

Thankfully these weren't too costly of mistakes and I can always upgrade down the road.  Now that the build is complete I really can't wait to get this beast on the trail.  Unfortunately, with a base of over 3 feet of snow still remaining on the ground, it could be quite a while before this bike gets to see any dirt. 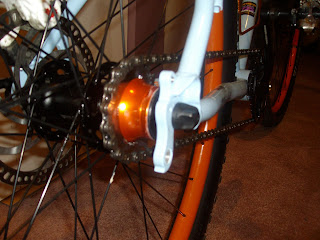 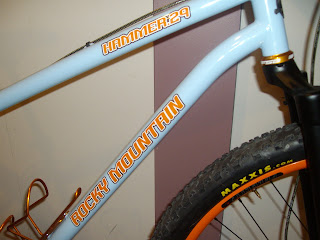 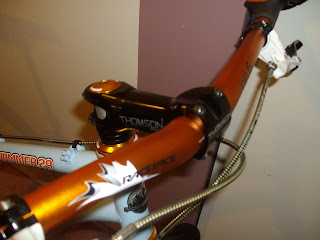 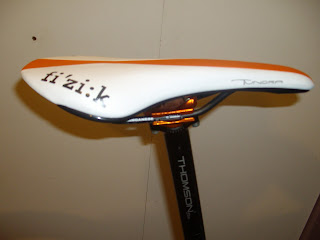 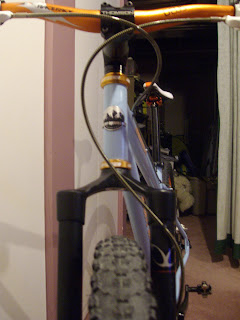 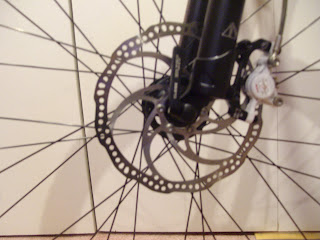 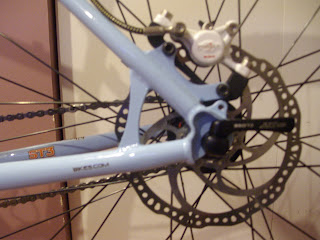 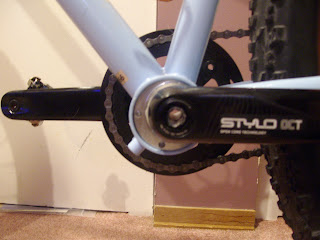 Most Popular Posts This Month

Other Blogs You Should Be Reading